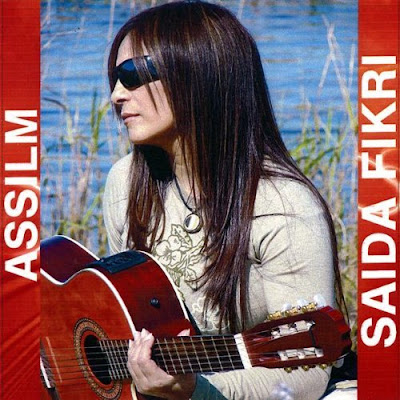 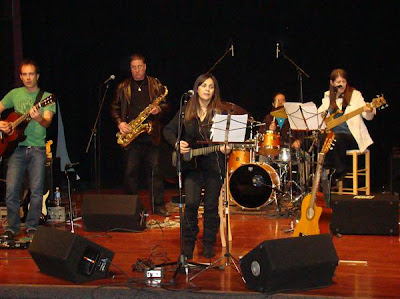 Album :
Assilm الــســّـلــم
♪
Artist :
Saida Fikri ســعــيــدة فــكــري
♪
Index :
http://www.saidafikri.net/
♪
Note :
Known for her singing and song writing in Arabic, French, and English, Saida sings for love, peace, tolerance, justice, and respect. Beginning at the age of eight, she started out with playing her first guitar. By age twelve, Saida had written her first song, and there began a life-long career as a talented, successful artist. Saida's creative and unique style consists of expressing her deepest thoughts through mesmerizing beats of all different kinds of music, and powerful lyrics. Her goal is to unify all cultures and beliefs through her music. She is concentrated on creating a new kind of music, one that everyone can enjoy, no matter their musical interests. Saida always finds time to dedicate to her awaiting fans around the world. Her music reaches out to people of all ages, all backgrounds, and of all colors. She has toured in Europe, North Africa, The United States, and Canada. It doesn't take an understanding of language to love her music. This very outspoken artist has done many concerts that represent her thoughts on the world. She was invited by the Belgian government as a representative of the young, modern North African women. She also did several concerts in Belgium and Holland, ending with a huge concert in Brussels during a march against racism, discrimination, and for human rights. In April of 2008, Saida went on her United States/Canada tour where she played several states including New York, Massachusetts, Washington DC, and ended the tour in Montreal, Canada. Saida just recently released her eighth album called "Essilm" which means peace. The album is filled with brand new beat flavors, dynamite lyrics, and enchanting vocals. Saida Fikri is the voice for people without a voice.
♪
Language : Arabic - English - French
♪
Country : Morocco
♪
Melodies :
[.01.] Assilm • [.02.] Khossara • [.03.] Essayeg Sebbar • [.04.] It's All About the Money • [.05.] M'chite • [.06.] Imanek • [.07.] Ma Destinee • [.08.] Alli Ya Tayre
.
♪
╔══╗
♪♪
║██║
║♪♪║♥ ♪ Download From Here. [81.5 Mo] ♪
╚══╝
♪
.
Posted by Abdel at 20:07:00